The article about us „The Ingredients“

IN THE HEART OF ITALY, AN ESSENCE IS PRODUCED FROM GRAPES THAT CAN HOLD ITS OWN EVEN AMONG THE RANKS OF EXCLUSIVE WINES – BALSAMIC VINEGAR OF MODENA. READ ON TO FIND OUT WHAT SETS IT APART FROM OTHER VINEGARS.

The last weekend in September sees plenty of hustle and bustle in the villages around Modena. The streets are full of parked cars with foreign licence plates, while groups of people flock over the vineyards. It is Acetaie Aperte, the annual festival of the local vinegar makers. The Consorzio Tutela Aceto Balsamico Tradizionale di Modena inaugurated this event to demonstrate just how much the production of this traditional balsamic vinegar from the northern Italian province differs from the imitations in the supermarkets. Around 40 acetaie throw open their doors on the day, offering guided tours and tastings. 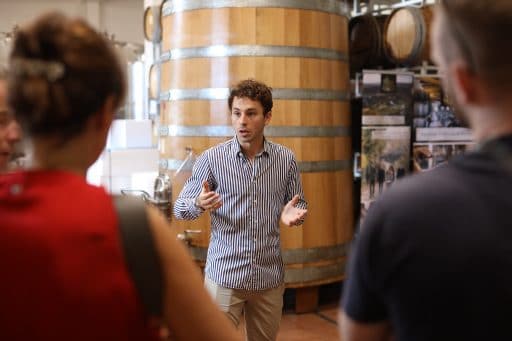 Francesco Sereni is someone who can really show curious gourmands what goes into a genuine Balsamic Vinegar of Modena. His family has been producing this traditional product for four generations, and he is a world-famous figure on the scene. 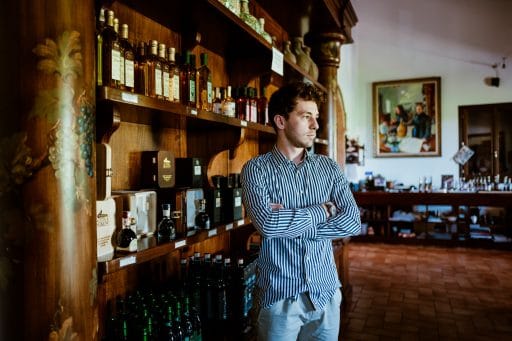 The black gold of the Emilia-Romagna family

Francesco believes that the distinctiveness of this sweet–sour essence begins right in the terroir of his homeland. ‘Here, we have the perfect conditions for growing the seven grape varieties that can be used to make genuine Balsamic Vinegar of Modena. Lambrusco, Sangiovese, Trebbiano, Albana, Ancellotta, Fortana and Montuni grow very well on our soil, which is rich in clay and chalk. The change from hot summers to cold winters and also the higher humidity levels result in excellent harvests and a grape must with a more intense flavour,’ says Francesco. 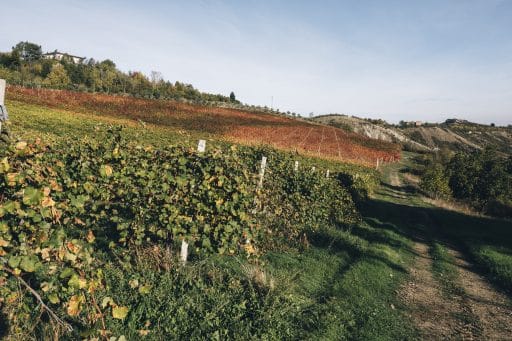 Before the vinegar production itself begins, and in contrast to conventional wine vinegar, the grape must is boiled to evaporate up to 40-50 per cent of the liquid. During this parts of the sugars caramelise. ‘The barrel ageing that follows is critical for the flavour,’ says the vinegar maker, explaining that this traditionally involves a series of at least five differently sized barrels. These „batteria“ are made from precious woods and have a hole on the top that is covered by a cloth.

Fermentation begins in the largest barrel, after addition of an old Balsamic vinegar of Modena. The grape must is periodically transferred through the entire batteria as the bacterial cultures, tannins and enzymes turn it into vinegar. The content of the smallest barrel is thick and perfect. It is then tapped for consumption or sale. ‘We have a Traditional Balsamic Vinegar di Modena P.D.O in our range that is matured in 30 barrels. Its flavour is much more complex than that of a young vinegar. You only need tiny amounts for seasoning. Of course, this is also reflected in the price,’ says Francesco. As a point of interest, this flavour-intense Aceto is not matured in cellars like a fine wine, but in the acetaia’s well-ventilated attic, where seasonal heat and cold have a more direct influence on the fermentation process.

If you want the genuine product from Modena, you should pay close attention to the label when purchasing. Terms such as ‘balsamico’, ‘balsamic vinegar’ and ‘crema di balsamico’ are not protected. Imitations with these names are as far away from a genuine Aceto in terms of taste as a Lada is from a Ferrari. Certified quality comes only under the names ‘BALSAMIC VINEGAR OF MODENA P.G.I’ (IGP in Italian) and ‘TRADITIONAL BALSAMIC VINEGAR OF MODENA P.D.O’ (DOP in Italian). These designations have been covered under the EU register of protected geographical indications and can be found on the labels of vinegars that have been produced under the strict guidelines of the Consorzio Tutela Aceto Balsamico di Modena.

Balsamic Vinegar of Modena PGI is made from the grape must of the certified grape varieties using selected bacterial cultures. Only caramel is permitted as an additive. It matures in single wooden barrels for at least 60 days, has a fruity, sweet flavour and an acidity of at least six per cent. If this Vinegar has matured in the wooden barrel for more than three years, you will see the addition of ‘invecchiato’. Around 100 million litres of Balsamic Vinegar of Modena PGI are brought to market in Modena every year. The price starts at around five euros per litre and up,’ says Francesco. 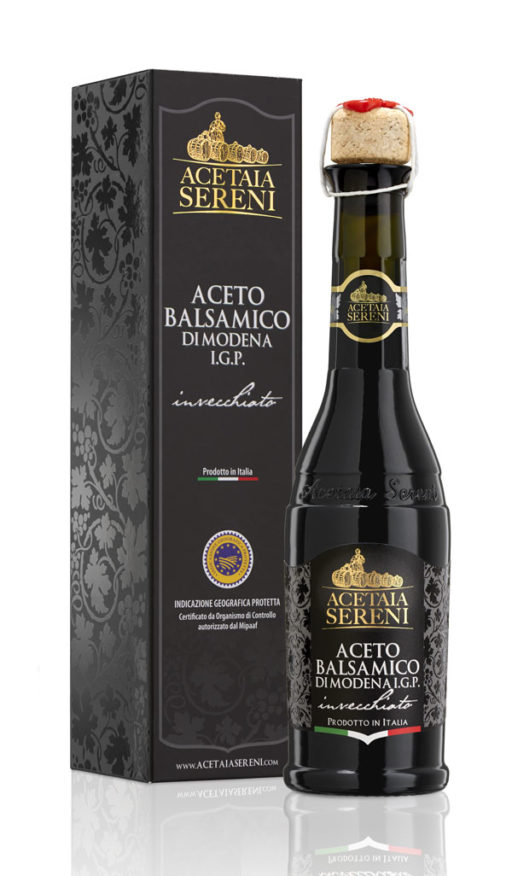 All good things come to those who wait

The higher-quality Traditional Balsamic Vinegar di Modena P.D.O. makes up only a fraction of the annual production at 9,000 litres, as the guidelines are much more stringent. It can be bottled only after a maturation period of 12 years and a detailed evaluation of consistency, flavour and ingredients by the consortium. And even then, it can only be filled into the teardrop-shaped 100 ml glass bottles of the famous Italian designer, Giorgio Giugiaro. Balsamic Vinegar di Modena P.D.O. also receives a reddish-yellow cap. The absolute pinnacle of Modena’s vinegars is matured for at least 25 years. You can recognise this syrupy, amazingly sweet and sour and incredibly savoury treat by its golden cap and the addition ‘Extravecchio’. 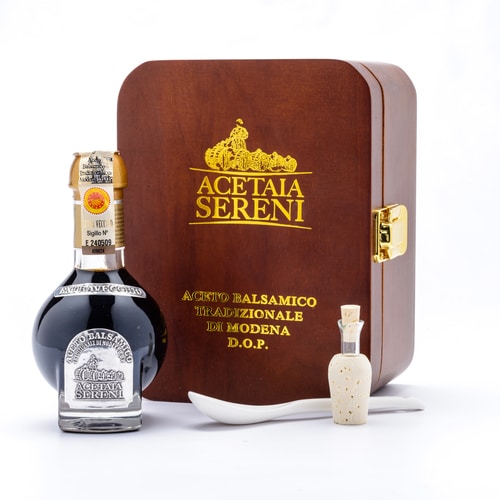 A 100 ml bottle will usually set you back by a three-figure sum. The attic of Acetaia Sereni is home to an even more valuable heirloom: ‘Our oldest barrel is from 1930 and holds a balsamic vinegar that my great-grandmother started. We’re not selling it. It is served to the family on special occasions like communions and weddings.’