Vinegar has been always considered as excellent antiseptic and antibacterial and was used in epidemic conditions, but also during daily life as a drink and “natural medicine”.

According to Hippocrates it was useful in case of wounds and respiratory problems. “Plinio Il Vecchio” mentions it in his treatise “Naturalis Historia” as a deterrent against coughs and stomach pains. 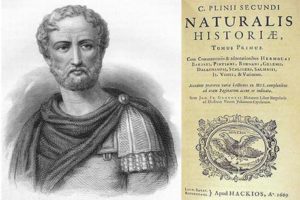 Already in ancient Greece, they used to drink Vinegar for the production of the popular drink “Oxycrat”, together with honey and water, thus creating a powerful anti-inflammatory and thirst quencer.

In ancient Rome, Vinegar was the basis for “posca”, a thirst-quencing and invigorating mixture of water and vinegar, drunk by gladiators, leggionaires and farmers. The same “posca” was brought to Jesus on the cross, as a sign of pity for the agonizing man.

Not even on the table did the Romans ever miss the vinegar: during the banquets the presence of the “acetabolo” was common, a glass of vinegar where a piece of bread was dipped between one course and the next, with the aim of “remaking the mouth” and promote digestion.

In the Middle Ages

In the Middle Ages “the legend of the 4 thieves” became famous: the legend narrates that during the terrible plague that hit Tolosa in 1630, four thieves, not considering the infection risks, entered the homes of plague victims, dying or died, to plunder their wealth. Arrested, they were senteced to hang. An intelligent and curious judge wondered how to managed not to get infected. He questioned them promising them grace if they revealed the interesting secret. The thieves replied that twice a day they bath their wrists and temples with a macerate of various herbs in vinegar, which from that day toke the name of “vinegar of the 4 thieves“.

In “I Promessi Sposi” of Alessandro Manzoni, italian writer.

Manzoni also mentiones its medicinal use in “I Promessi Sposi”, in the story of the plague in Milan of 1600, when some people brought with them an ampoule of vinegar to avoid contagions. 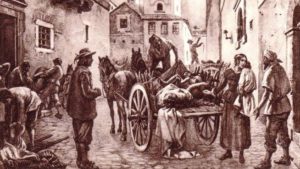 In 1714 Lodovico Antonio Muratori composed an orderly and judicious treatise on the “Plague Government” (picture below), in which he reports in many “recipes” his convinctions about the active medicinal action of “Vinegar of Modena”.

During Nineteenth in Austria

Vinegar was also used during Nineteenth to combact the cholera virus, so much so that Vienna Government issued a provision according to which all fruits and vegetables should be washed with vinegar before consumption, thus stopping contagion through food.

Balsamic Vinegar and its healthy benefits

Balsamic Vinegar Sereni is made of two ingredients: cooked grape must and wine vinegar. Both the ingredients came from grape. It can therefore be said that Balsamic Vinegar is 100% made by grape. Just this fruit is one of the richest of polyphenols, in particular the resveratrol.

The resveratrol has antioxidant and anti-inflammatory properties, it protects blood vessels and stimulated many processes involved in regulating of cell cycles and DNA repair. It also appears that people on a diet richer of this substance would be less exposed to the risk of developing cancer and cardiovascular diseases. In particular, his antioxidant propeties, protect cells from damages caused by free radicals,  thus slowing down the aging process of skin and hair loss.

The intake of Balsamic Vinegar helps to eliminate the bacterials in the mouth and throat, improving your conditions in case of sour throat and cough. It is also effective for eliminating phlegm from bronchi.

One of the functions of Balsamic Vinegar is to protect the pancreating beta cells, which regulate the presence of glucose in the bloodstream. For this reason, we can say that a better functionality of pancreatic cells, strengthened by Balsamic Vinegar, would improve the body’s response to the diabetes risks.

The acetic acid contained in Balsamic Vinegar facilitates the production of enzymes that oxidize the fatty acids contained in the blood and break down protein into aminoacids. This causes the blood pressure in the arteries to drop and efficency of the metabolism to improve.